Mid-June in the small, city garden 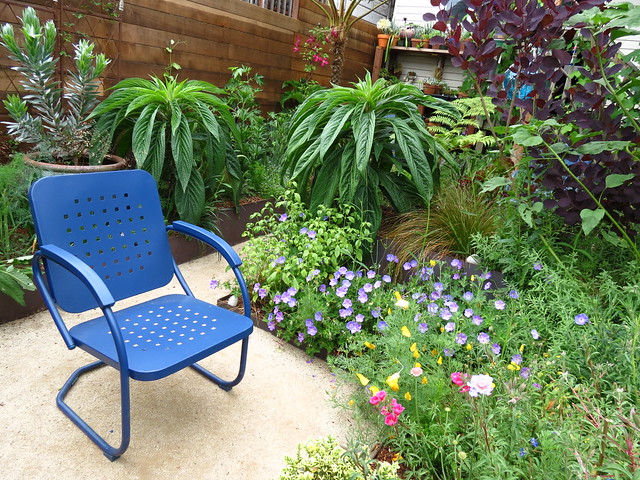 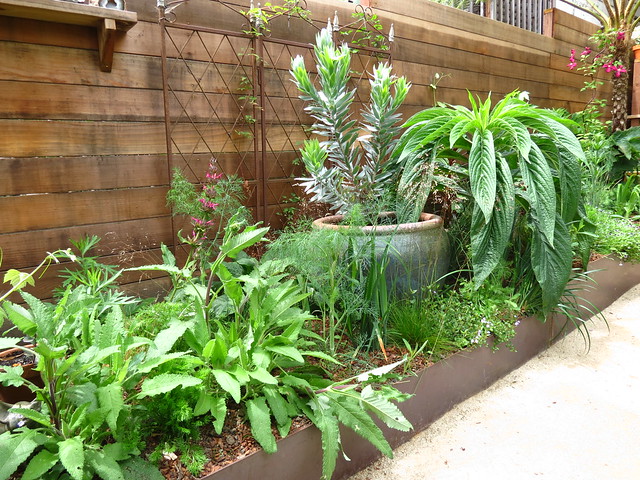 California tarweed (Madia elegans) is a summer staple in the back 40. I'm not sure if these plants are going to get taller or not--I hope they do. Usually they bloom a little later for me. 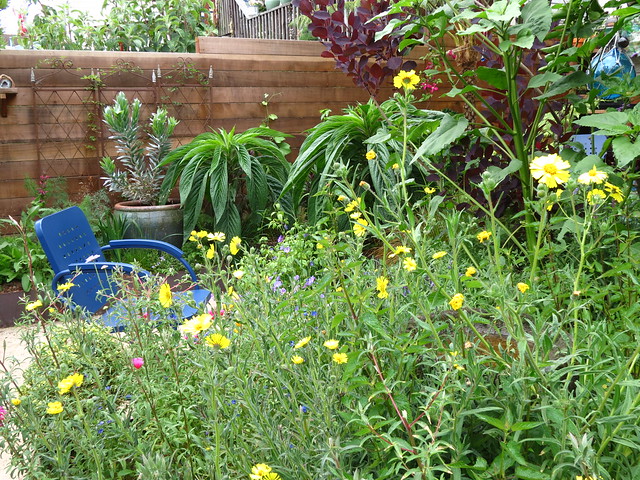 The foliage has a great fragrance that fills the air on sunny days. Alas, today is not a sunny day. 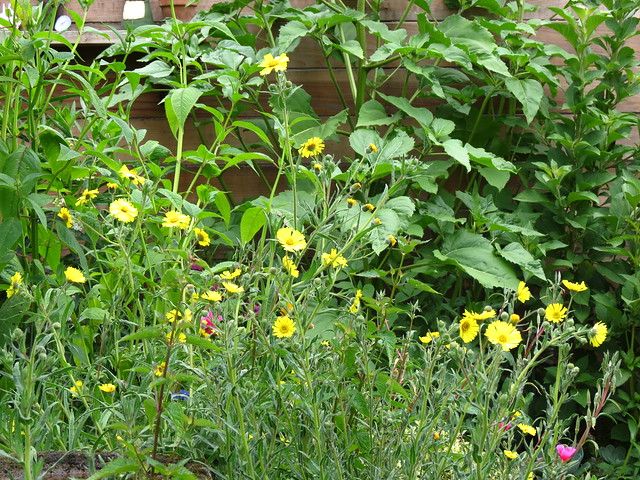 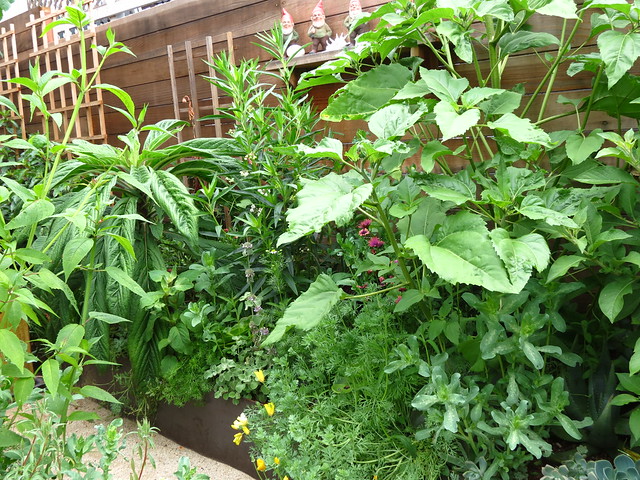 I've raised several crops of 'Bishops Children' dahlias from seed over the years. Usually, I grow them on in pots, but I have planted some out. Somehow, the tuberous root of this one found its way into a shovel-full of soil that got dumped here after the raised bed was constructed. I am delighted to see the plant growing so vigorously, but I will probably move the root somewhere else this fall. 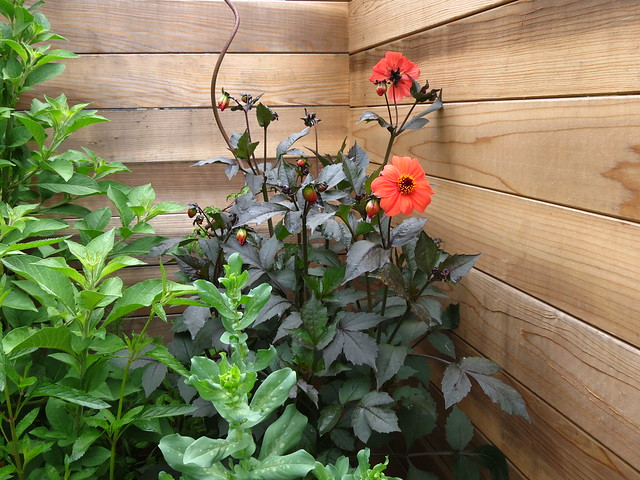 This red one is in a pot, and has come back every year bigger and stronger for a long, long time. 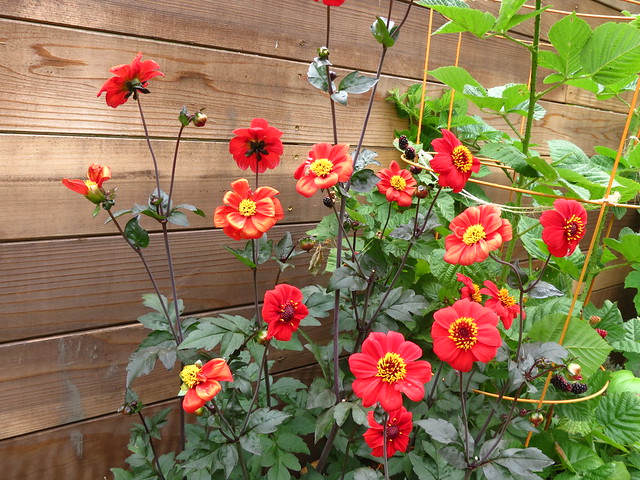 We picked up the dark blue glass float in Eureka, CA on a roadtrip a couple weeks ago. It's a motif I  want to expand on. More floats! 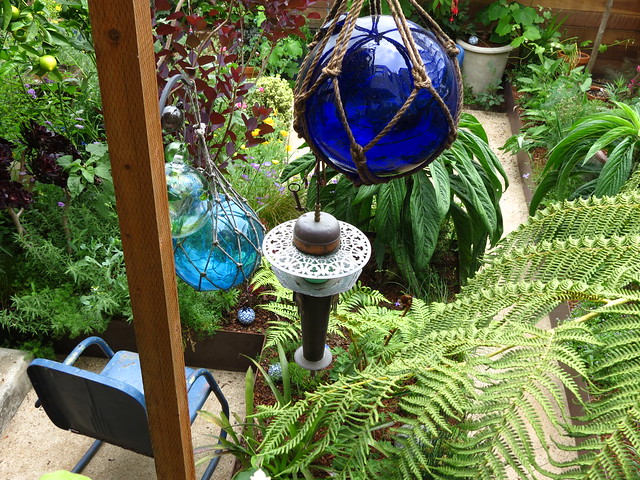 The rope on this lighter blue one is weathering and should probably be replaced soon. I found some videos on YouTube to teach me how to make them. Now I have to find some nice rope to use. 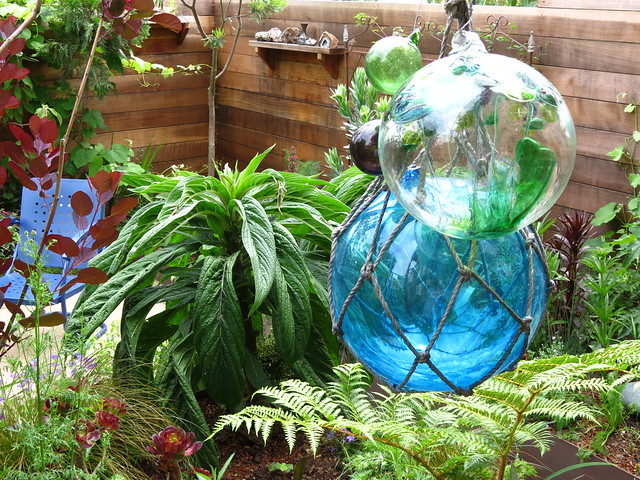 The shelves were my idea during the recent re-model. I don't think they got implemented especially well, but I am enjoying them such as they are. 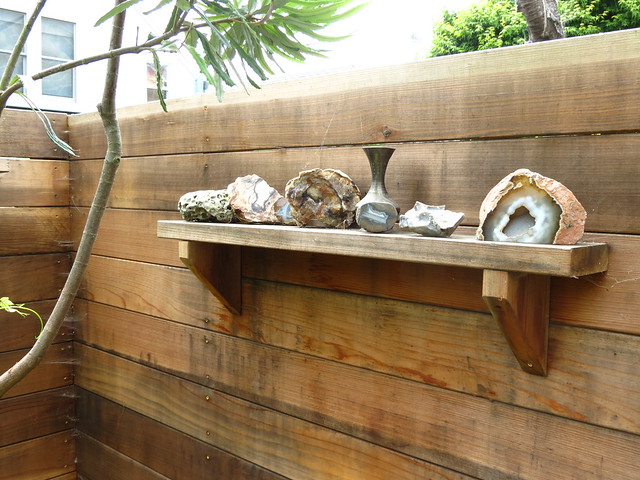 Hard to get a good picture of the native rush Juncus patens here, but it is looking really good, if I say so myself. 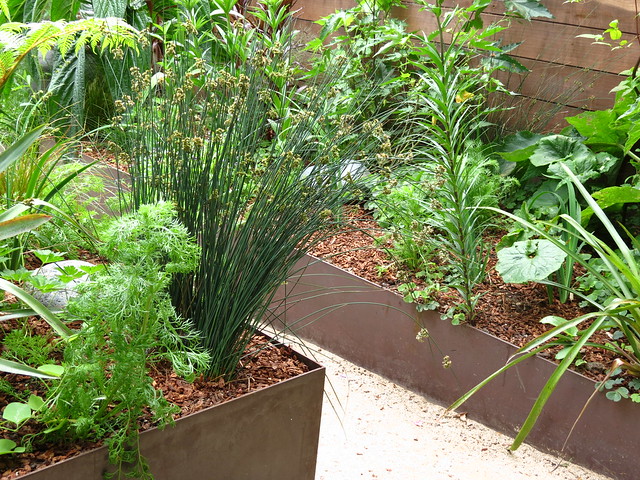 Word to the wise if you have this plant, or something like it, in your own garden: Be mindful of your eyeballs when you work around this plant. 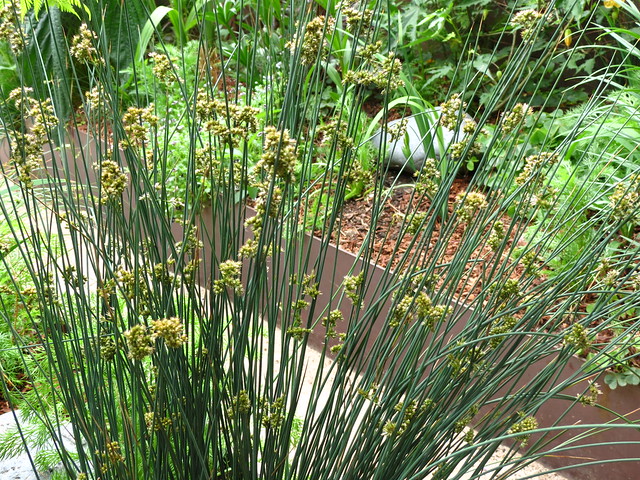 They seem to have a special ability to poke you there, and it really hurts. Think about wearing safety glasses if you are going to dig it up or plant it out. 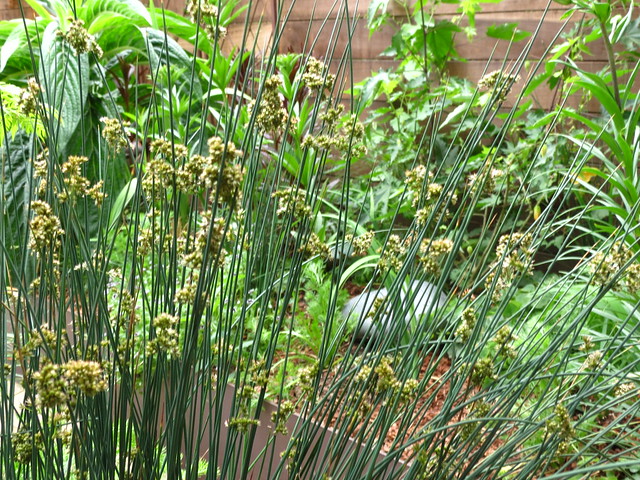 Readers, I cannot tell you how pleased I was to have my camera in-hand when this hummer visited the hummingbird sage (Salvia spathacea) this morning. I've had this native sage species in my garden for many years, and it has usually disappointed me. The growth was never great, and it rarely flowered. Hummers never visited. I took home three 4" pots of it from Annie's Annuals this spring, with some doubt, but much hope, and it paid off. I do think it's a good idea if you've had bad luck with a native plant--especially one that is not a named selection-- to try buying it again, from a different source. I think Annie's propagates this plant asexually, and it makes sense they would have a good clone. The growth is strong, and the flowers are a much nicer magenta than the usual flat color you will often see in nature. 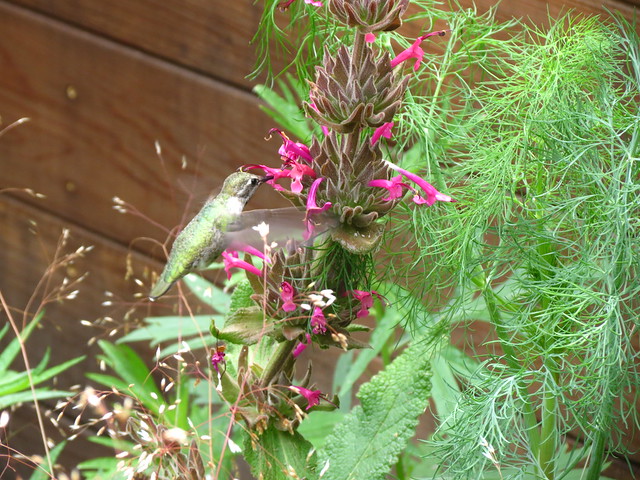 Note that the plant and bird in this picture are demonstrating the co-evolutionary pollination trick their ancestors worked out over many years, with the flower stamens dusting the bird's head w/ a bit of pollen to be transferred to a pistil on the next flower it happens to visit. Very sweet. 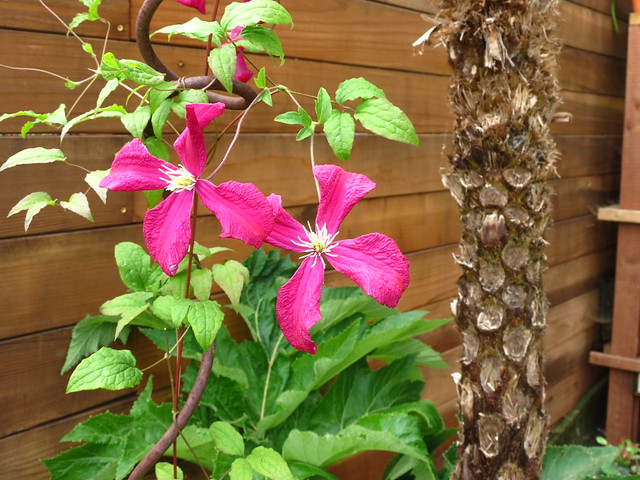 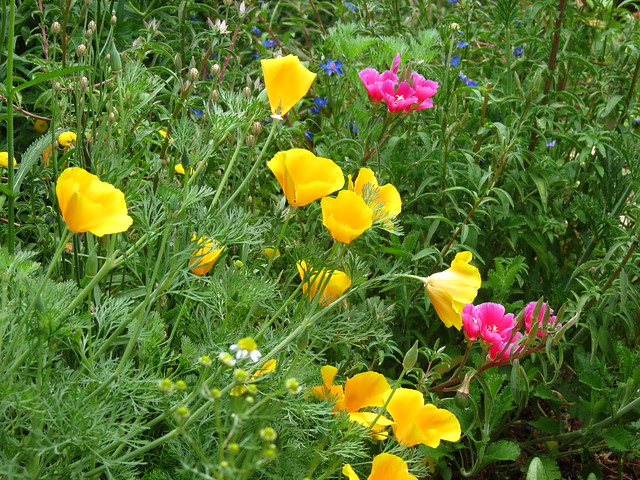 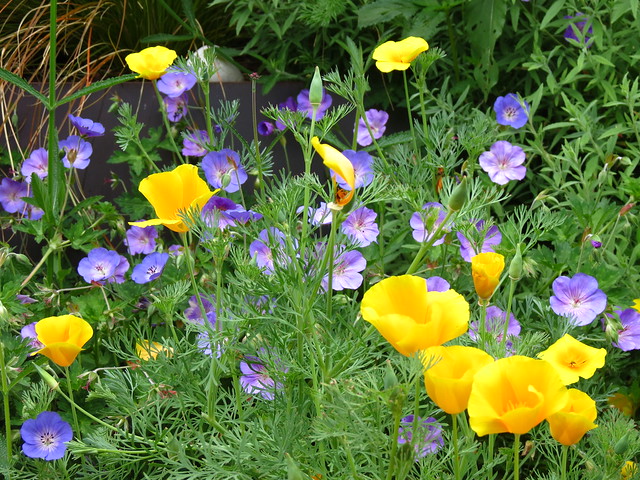 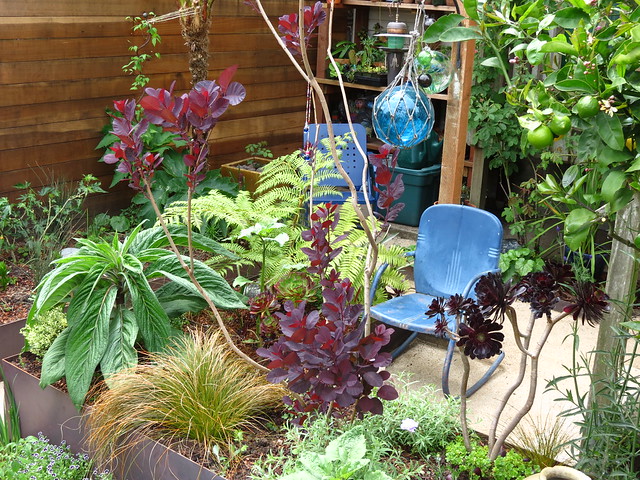 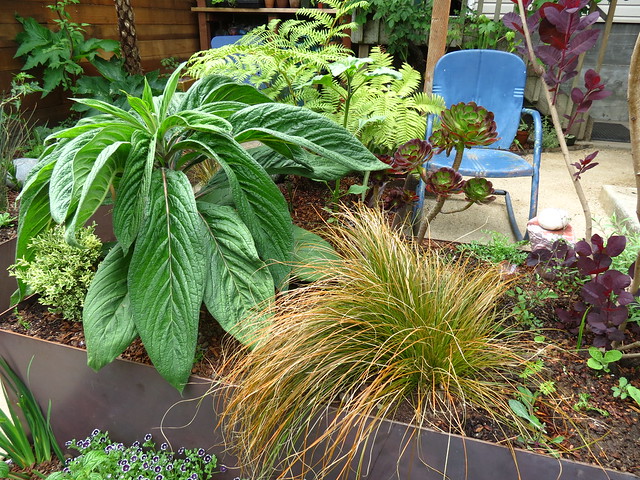 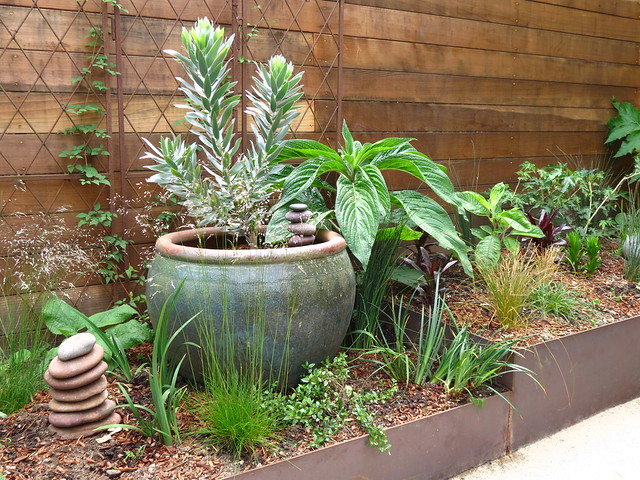 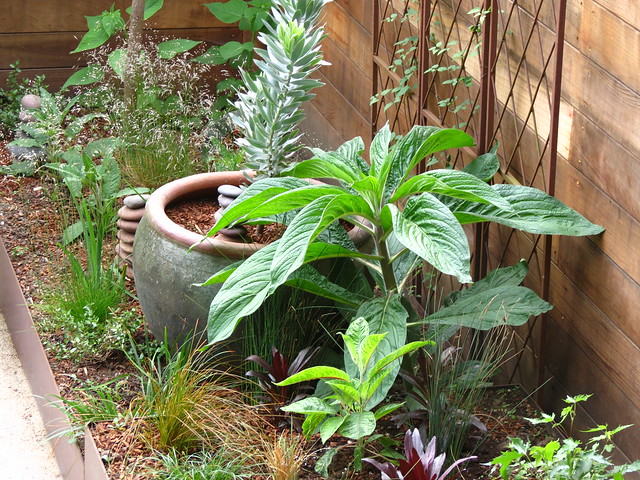 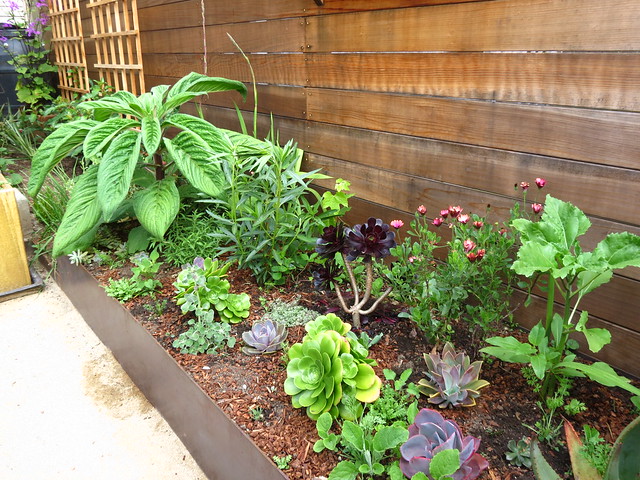 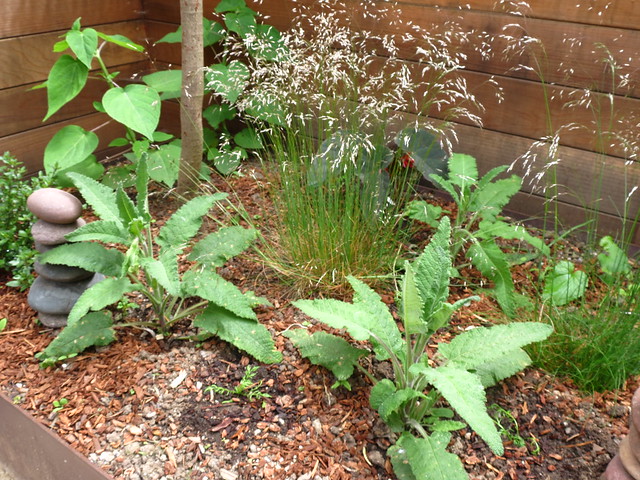 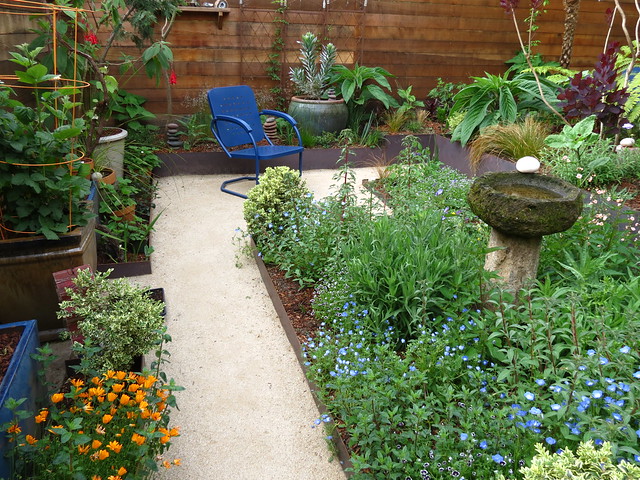 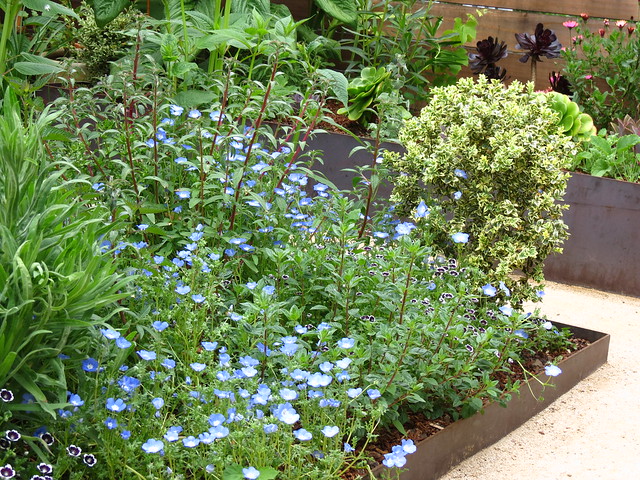 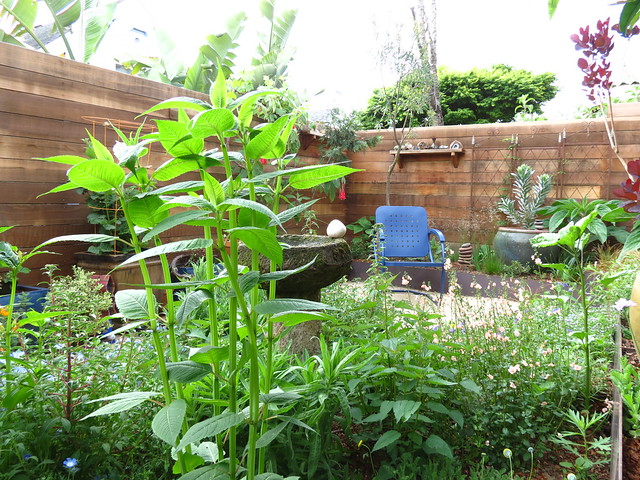 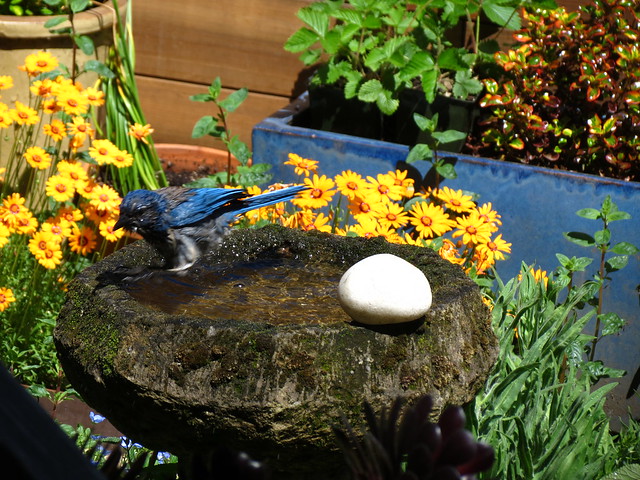