We just got back from Lana'i. Would you like to see some pictures? 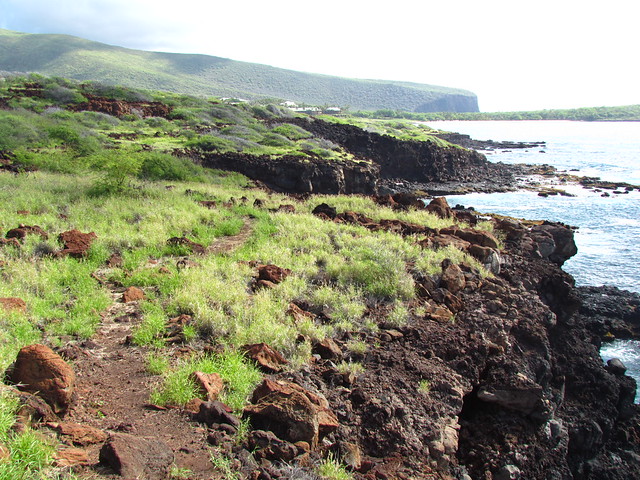 After this, we only have one more Hawaiian island to visit (Moloka'i) before we've seen all of the inhabited ones (unless you count Niihau, which is generally off limits, but Guy wants to go). Small and rather undeveloped, Lana'i is not a popular destination but we've had it on the to-do list for years. 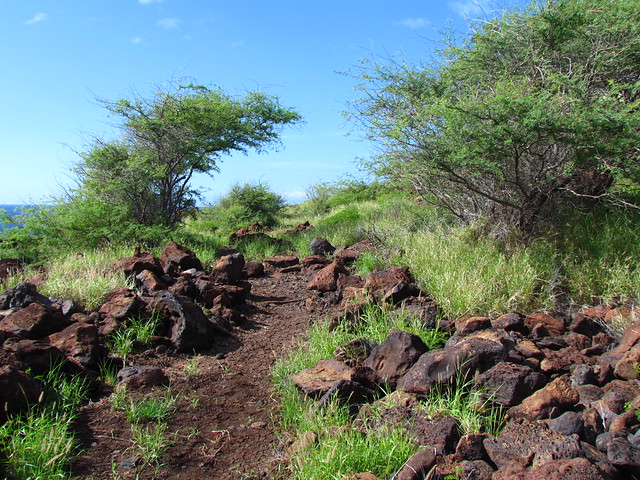 These pictures are from Fisherman's Trail, near Hulopo'e Beach, on Manele Bay, where there is a Four Seasons, which is where we stayed. 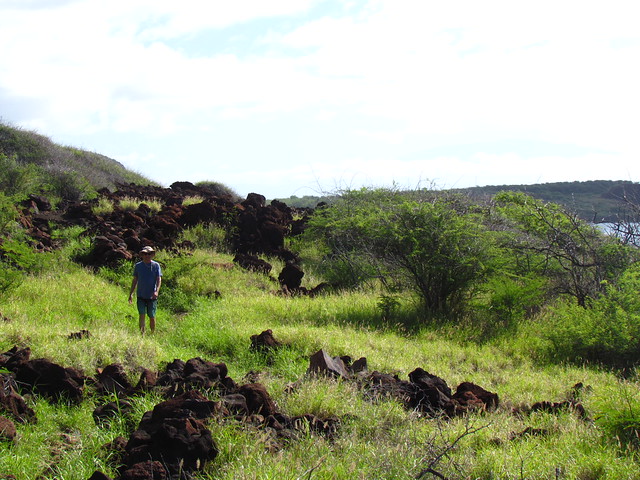 I thought I took some pictures of the resort, but apparently not. Or, only with my phone. Well, it was nice. But I guess it's gonna be shuttered soon, for a year, for renovations. Manele Bay has some of the best snorkeling I've evern done in Hawaii. I saw lots of colorful fish. 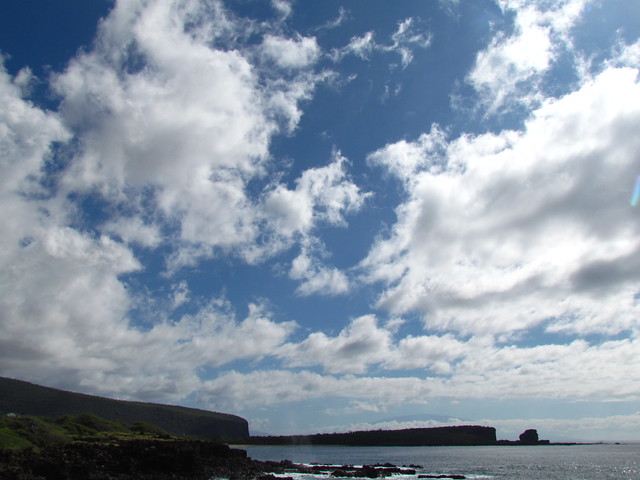 I woke up for the sunrise every day. 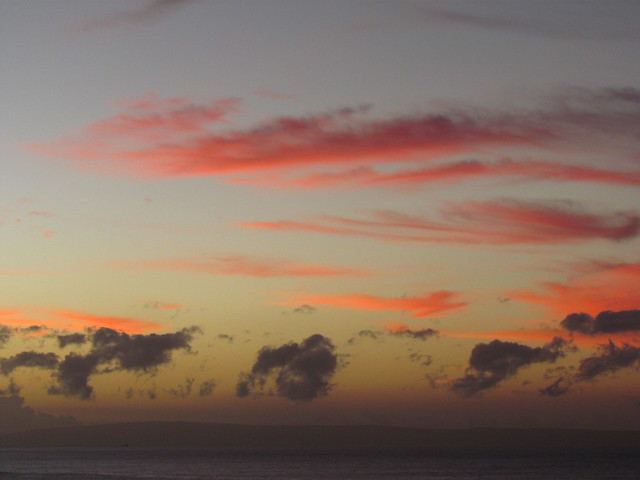 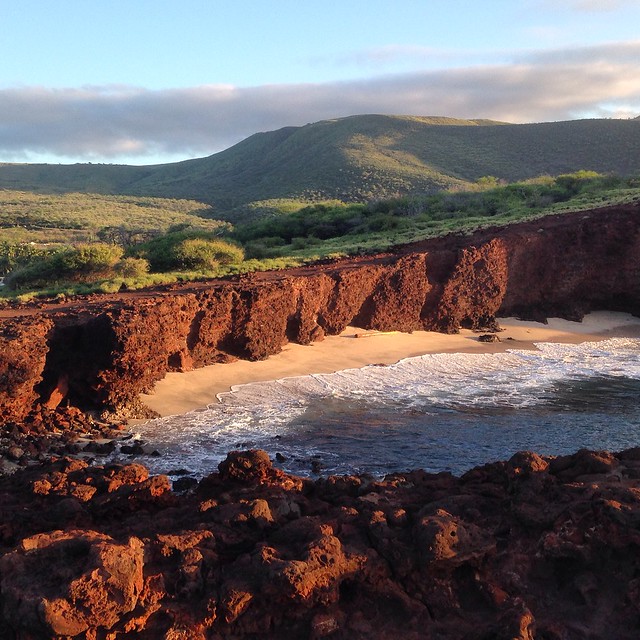 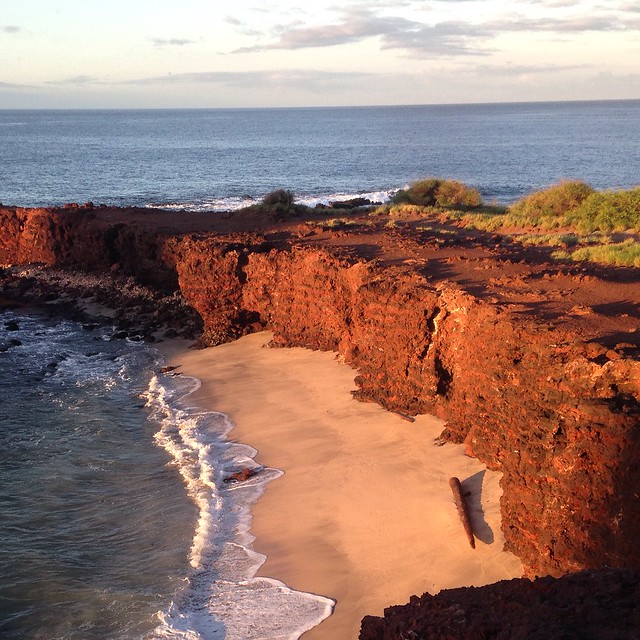 We rented a jeep for Lanai's backroads (most of the roads are backroads). 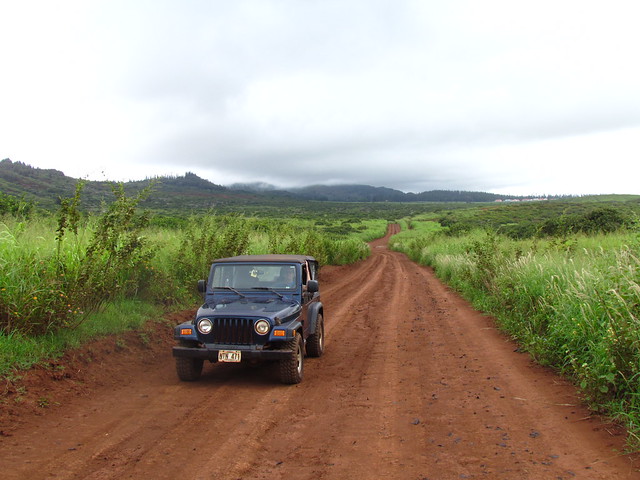 Hurricane Ana cruised by 100 miles south the day before we arrived. Roads were muddy. 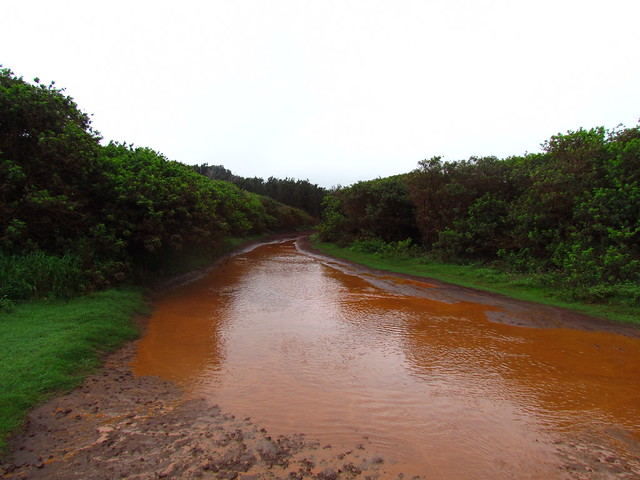 We made the most of it. This is part of the Kanepuu Preserve, a remnant patch of dry lowland forest. 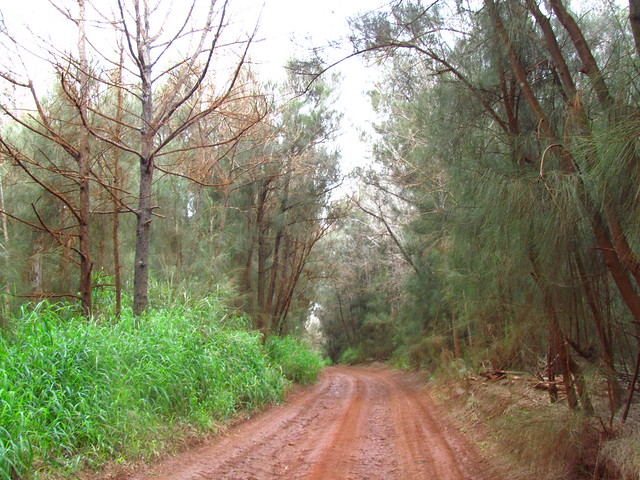 After that, the road passes through Keahi a Kawelo, the Garden of the Gods, a moonscape on the island's north. 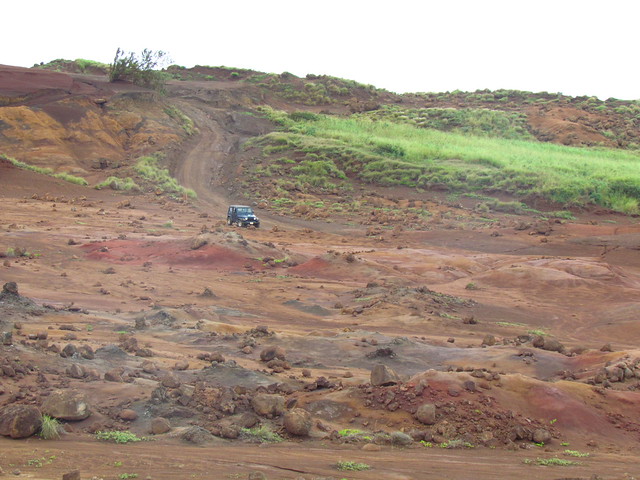 The vegetation seems relatively sparse here for Hawaii, even for a dry region. 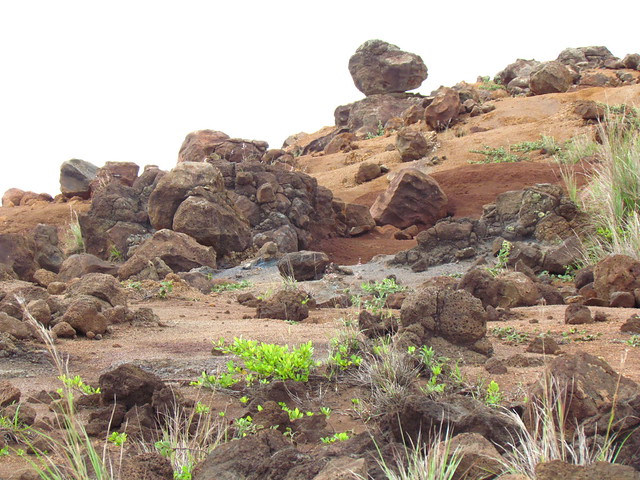 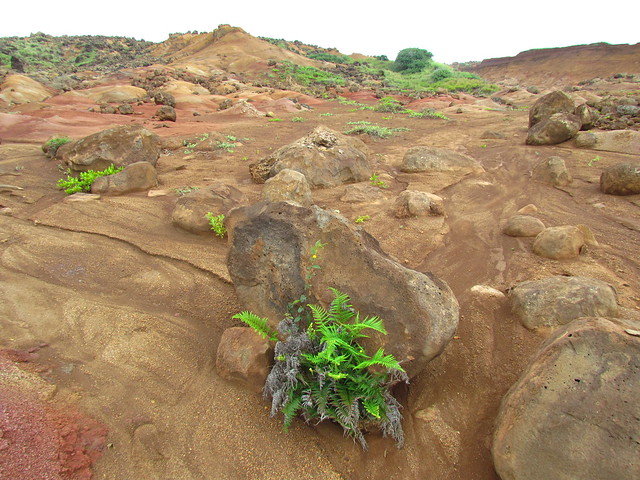 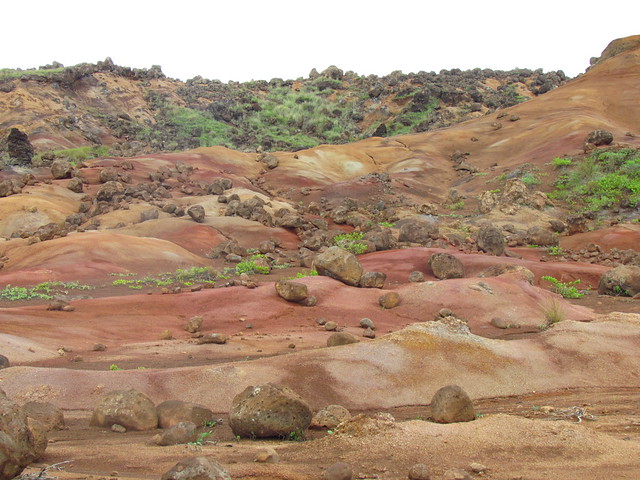 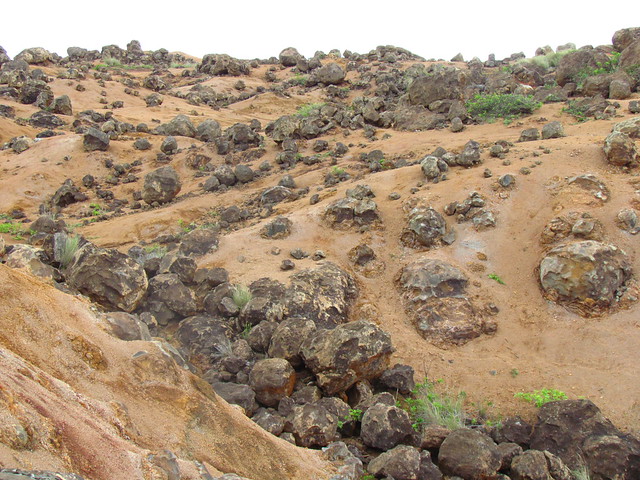 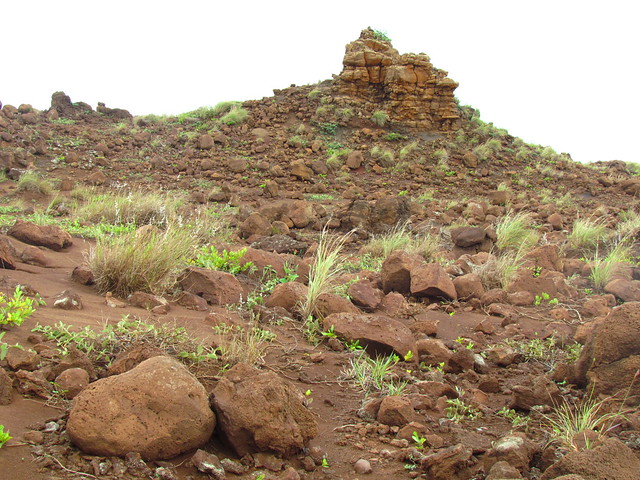 Off in the other direction, we visited Shipwreck Beach. 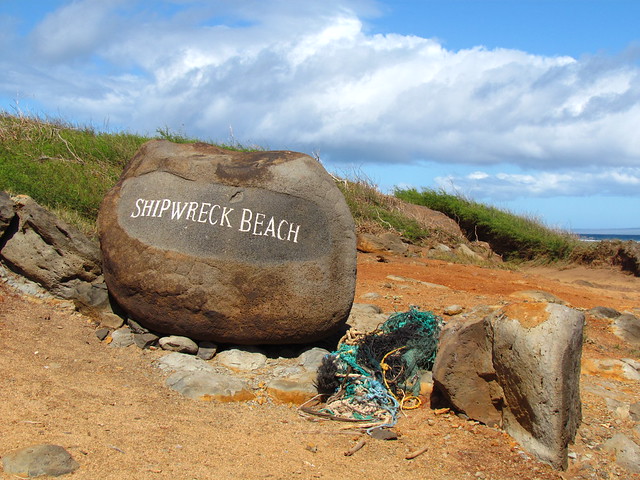 Named for the wreck of an unnamed concrete-built oil tanker purposefully run aground on the reefs here by the U.S. military as a cheap way of disposing of it. 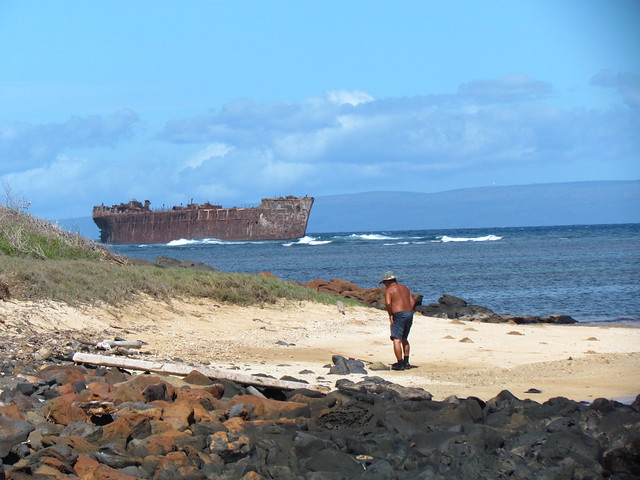 Crazy, huh? I'm glad we don't dispose of things like this so much anymore. 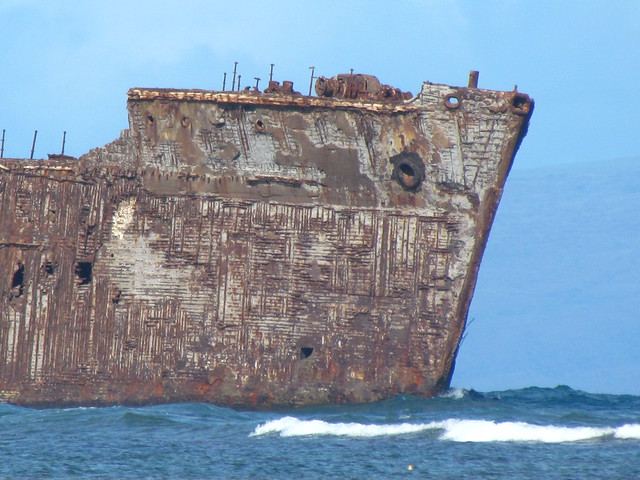 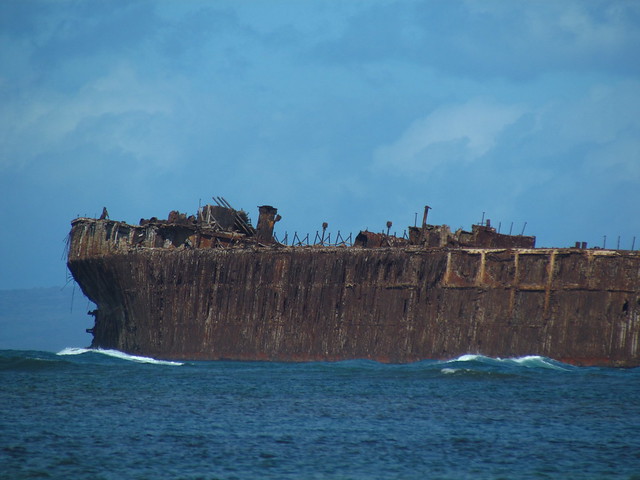 The beach itself was nice, and there are some ancient Hawaiian petroglyphs nearby, but we didn't see them. 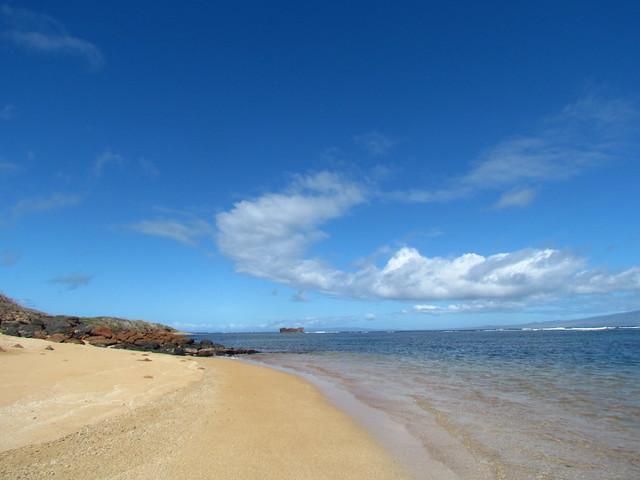 We always stop at cemeteries. 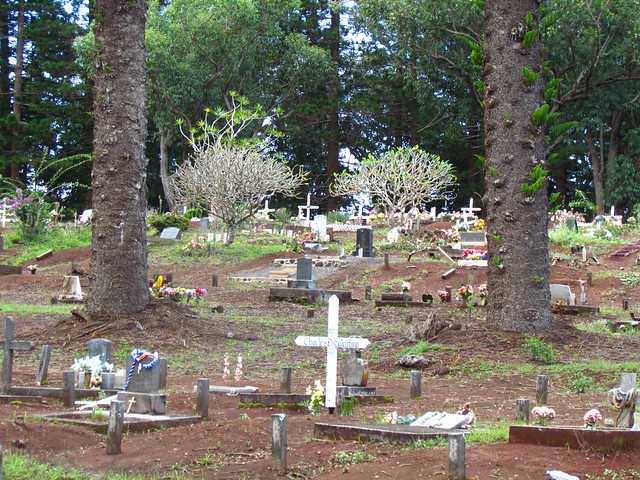 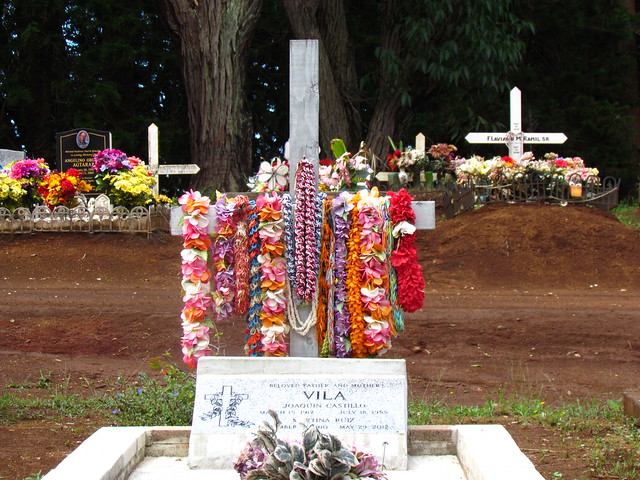 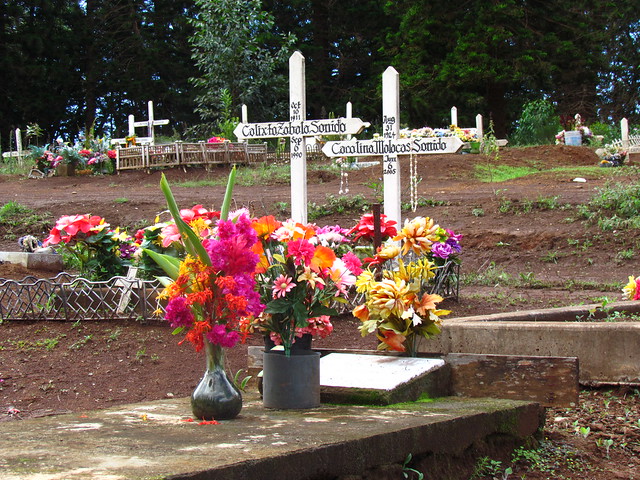 Like Kauai, Lanai has been extensively planted with Cook Island Pine (Araucaria columnaris). I read 1) this is part of reforestation effort (since the island was extensively cleared for pineapple crop production?), and 2) this has been going on since the early 1900s. 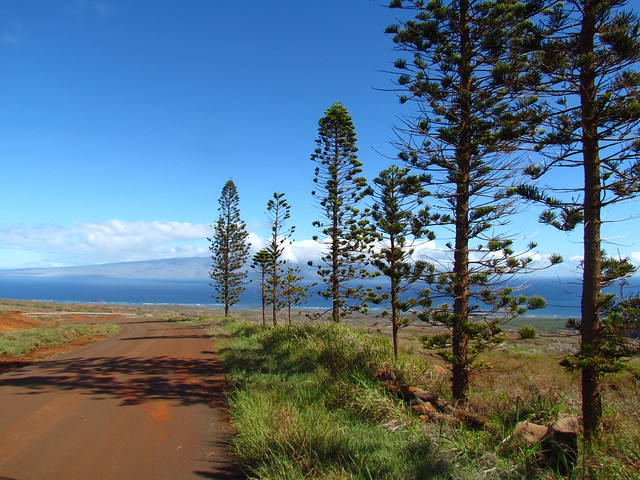 There are no signs of Lanai's pineapple past. The pineapple plants grown here only lived for a few years, I was told. 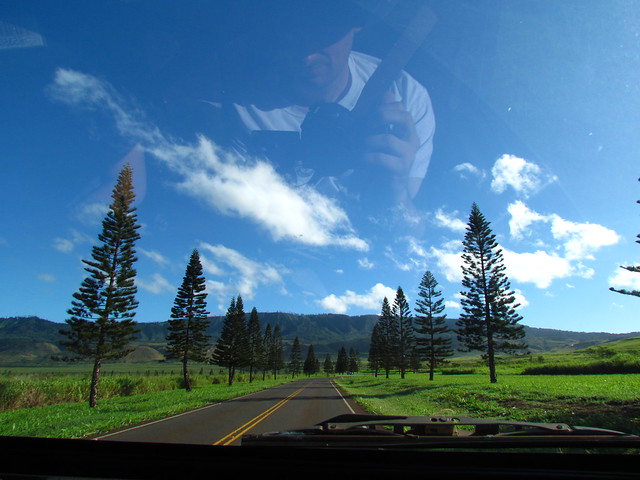 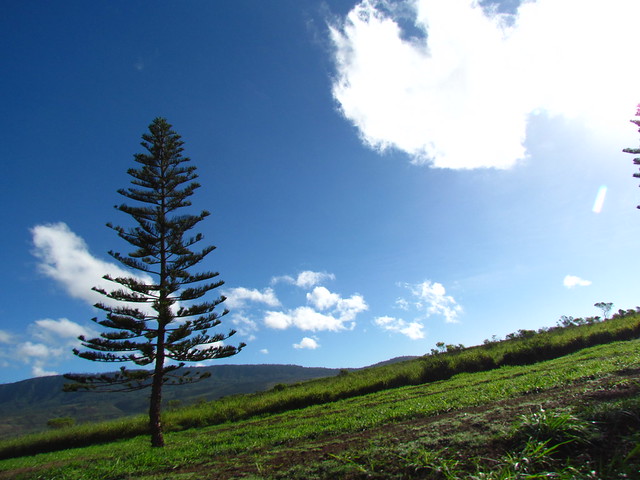 A rather dark roadside shot, I have no where else to put: 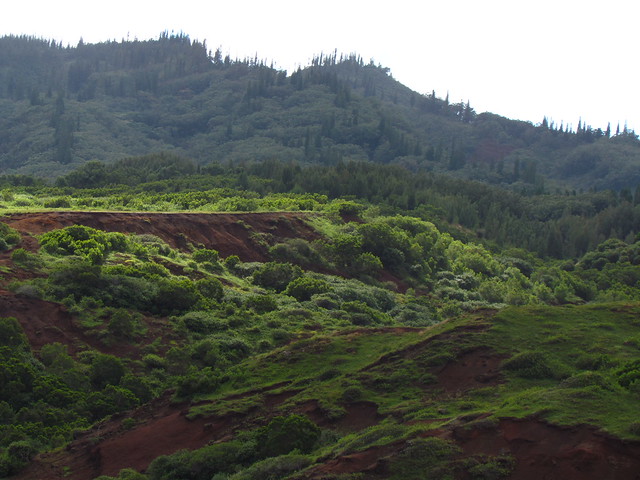 And a farewell shot. 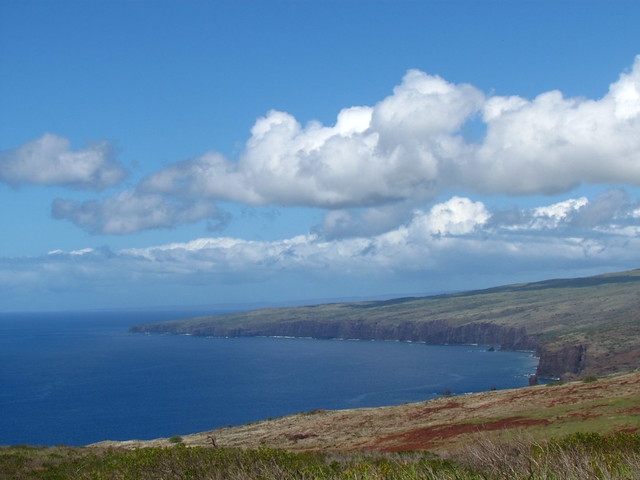 Hmm, the oil tanker is weathering quite nicely. They probably should have sunk it to make a new reef but it almost looks like an art installation juxtaposed against all that lava rock. Cool pictures.

The ship adds a nice old touch to the whole scene. Love it!
Looks like you had a great time there. So pretty and peaceful!

I'm glad to see that you are blogging again. Your pictures inspire me a lot!

I've already left instructions to be cremated, but having a lei-adorned grave could be another option.